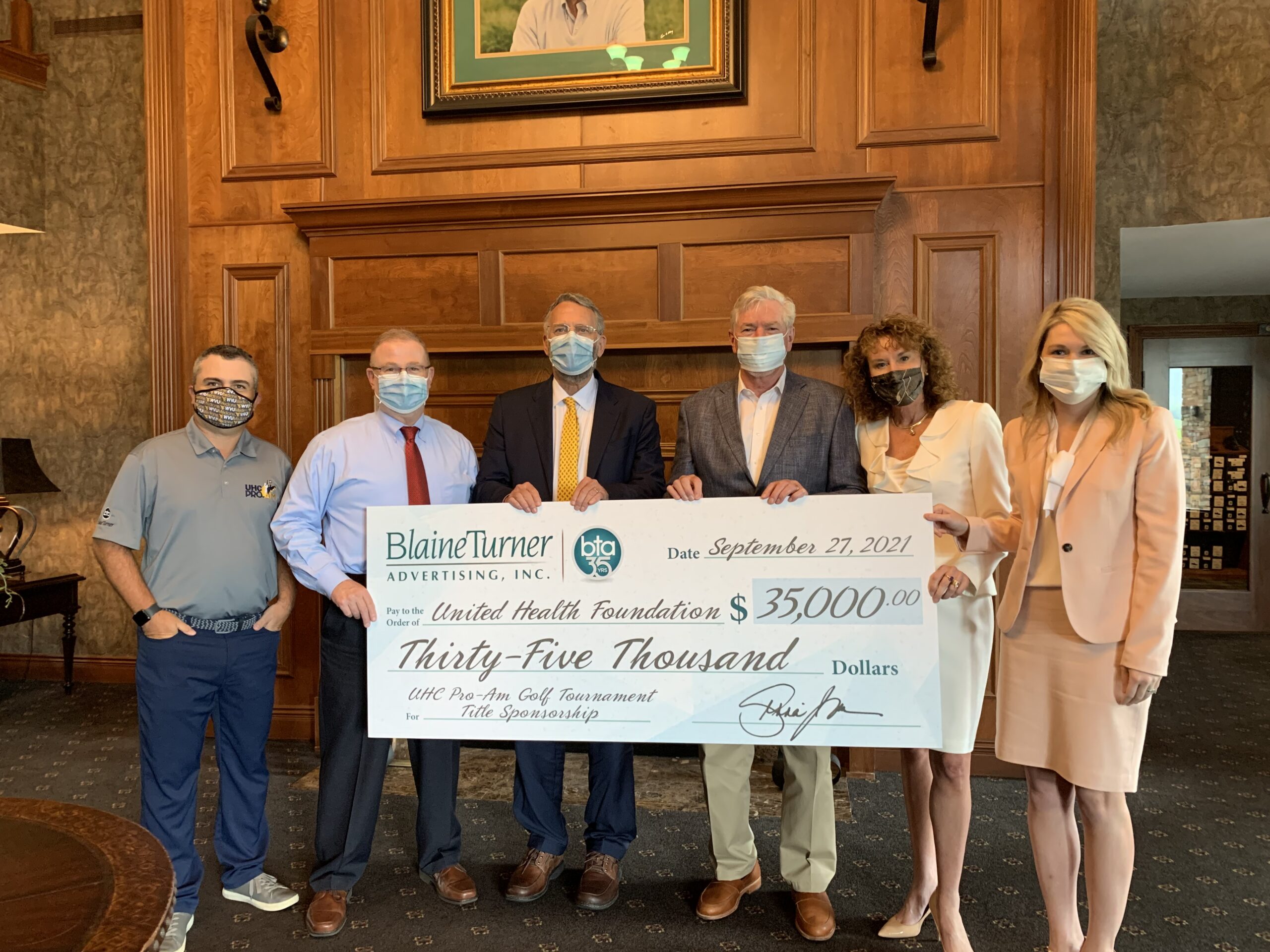 In honor of its 35th anniversary, BlaineTurner Advertising (BTA), a full-service marketing and public relations agency, will donate $35,000 to the United Health Foundation (UHF), a not-for-profit corporation formed to help support the mission of United Hospital Center (UHC). With this donation, BTA has contributed a total of $75,000 to UHF since 2019.

This $35,000 donation marks BTA’s third year of support for the UHC Pro-Am as the Title Sponsor. BTA will present a check during the 3rd Annual UHC Pro-Am Golf Tournament held on Monday, September 27, at Pete Dye Golf Club in Bridgeport, W.Va.

The UHC Pro-Am Golf Tournament, hosted by UHC, UHF, and title sponsor BTA, will raise funds to construct a state-of-the-art Women’s Health Center and expand the West Virginia University School of Nursing program to its new home on the UHC Campus.

“We can think of no better way to celebrate this milestone anniversary for BlaineTurner Advertising than by reinforcing our commitment to United Hospital Center,” said Ginna Royce, CEO and Creative Director at BTA. “UHC has been a partner for more than 30 years, and we are proud to support their continued efforts to bringing world-class healthcare to North Central West Virginia.”