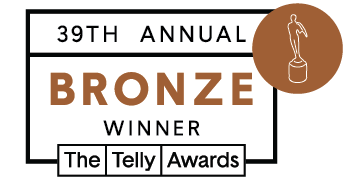 The Telly Awards recognizes superior television and non-broadcast video commercials from local, regional, and cable levels alike. The entries are judged by a council of more than 200 past winners and industry experts, comprising of professionals from advertising agencies, production companies, and major television networks.

“We at UHC are honored to accept the Telly Award for the exemplary TV spots created by BlaineTurner Advertising,” said Matt Chisler, UHC Public Relations Director. “The team at BTA went above and beyond to generate commercials that capture the mission of the UHC Cancer Center, while providing viewers with resources and reassurance within the content.”

BTA created these TV spots to help connect and educate patients about the cancer center. They describe the “wilderness” and how to “bring the pieces together” after a cancer diagnosis and features the UHC Cancer Center microsite.

The Telly Awards garners more than 12,000 entries each year, receiving submissions both nationally and internationally. The award has been honoring video brilliance for almost 40 years, expanding and modernizing with each new year.

View the award-winning spots below and check out the full list of Telly Award winners.