BTA created and introduced a brand mascot, “Mo” the groundhog. Introduced on Groundhog Day, a life-size Mo greeted locals around town, encouraging taking a photo with him and posting on the GMCVB’s Facebook page, Tour Morgantown, for a chance to win a prize.

Since then, the small form of “Mo” debuted with “Where’s Mo Monday?”, a weekly Facebook promotional contest where users can guess the local attraction that “Mo” is visiting.  A random winner is selected to win a prize.  In twelve months, the promotion received 2,245 guesses and increased the number of Facebook fans by 2,745. 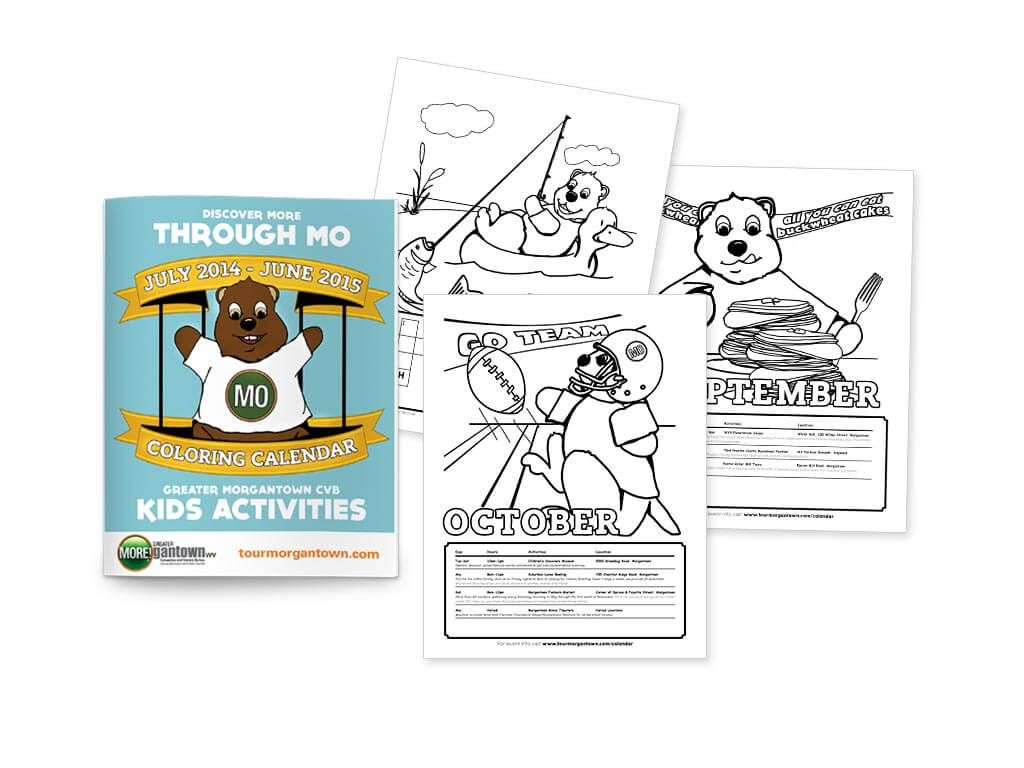 Custom “Mo” coloring books that feature events, attractions and activities for children were produced and distributed at Kids’ Day in downtown Morgantown and are available at GMCVB locations. “Mo” heads were printed on fans, which were used at an exhibition softball game to help those in attendance cool down. Tour bus groups, area attractions, fairs and festivals now request the presence of “Mo” for their events. 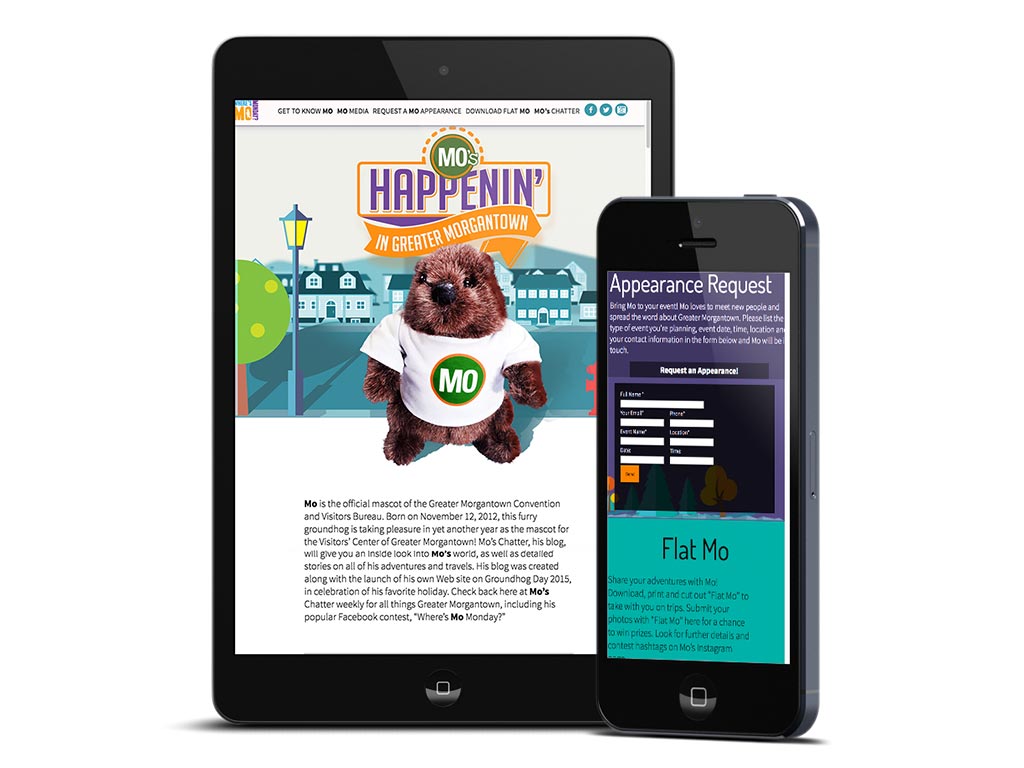 GMCVB was awarded “Best Overall Marketing Campaign” for its “Mo” promotion in 2014 and “Best Overall Social Media” in 2015 at the Governor’s Conference on Tourism’s “Star of the Industry” Awards.